We use cookies to enhance your experience. By continuing to browse this site you agree to our use of cookies. More info.
Cultured meat (CM), also called artificial meat, in vitro meat, cultivated meat, lab-grown meat, cell-based meat, synthetic meat, or clean meat, is generally produced by culturing cells in vitro as opposed to harvesting animal-derived tissue.1-2 Cultured meat can effectively reduce the consumption ratio of energy, water and greenhouse gas emissions, as well as the number of animals slaughtered to satisfy the demand for meat and the transmission of disease. ​Less intimate encounters between humans and animals will substantially reduce the emergence and incidence of epidemic zoonoses.3-4 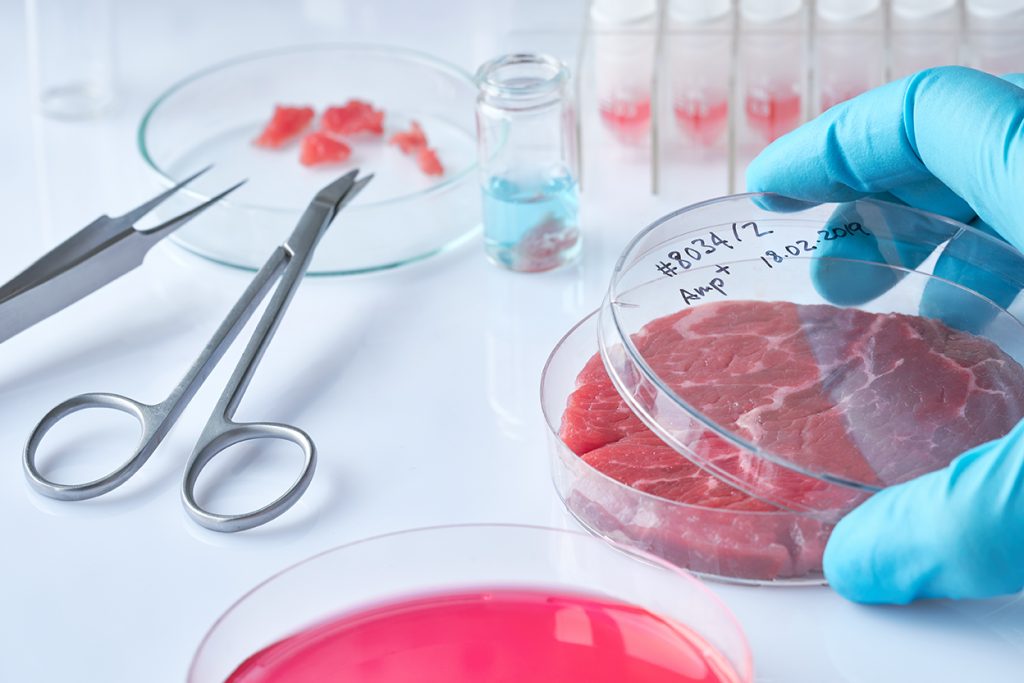 Figure 1. Artificial meat, lab grown meat, in vitro meat. Image Credit: Inovenso
Contrary to popular belief, raising meat in a cultivated environment has a long history, and has always been a subject of interest within the general population. In an essay written by British statesman Winston Churchill in 1931 that was published in several periodicals and later collected in his book Thoughts and Adventures, he wrote: “We shall escape the absurdity of growing a whole chicken to eat the breast or wing, by growing these parts separately under a suitable medium” 5-6.
Dutch researcher Willem van Eelen as a prisoner of war during the Second World War came up with the idea for cultured meat, as he suffered from starvation, driving him toward a passion for food production and security in the 1950s.
While studying at the University of Amsterdam, Willem van Eelen attended lectures where prospects of preserved meat were discussed, provoking his research on cell cultivation.
In 2001, University of Amsterdam dermatologist Wiete Westerhof, researcher, Willem van Eelen, and businessperson Willem van Kooten announced that they had filed for a worldwide patent on a process to produce cultured meat. In this study, a collagen matrix is seeded with muscle cells, which are bathed in a nutritious solution and induced to divide.
In the same year, NASA recognized the possible benefits of its own work, and began researching cultivated meat, aiming to enable traveling far and wide to grow meat without sacrificing storage. NASA raised pieces of goldfish and later turkey.7-8
The first public trial was conducted in 2013 by Mark Post at Maastricht University, where the first cultured beef burger patty was created. Made from more than 20,000 thin strands of muscle tissue, it took over two years to produce and cost around $300,000.
Industrial development was initiated in 2011 with the launch of numerous cultured meat start-ups. In 2016, Upside Foods (Memphis Meats, at the time) launched a video showing its cultured beef meatball. In the same year, an Israeli company called SuperMeat ran a viral crowdfunding for its work on cultured chicken.
In March 2018, Eat Just claimed that a consumer product from cultured meat would be available by the end of the same year. Also in 2018, a Dutch start-up reported that it had been successful in growing meat using pluripotent stem cells from animal umbilical cords. Bypassing fetal bovine serum, this technique presents the major benefit of not having to kill animals to produce meat. Followed by the company announcements, around 30 cultured meat startups operated worldwide.
Integriculture is a Japan-based company working on its CulNet system with competitors such as Canadian Future Field and England-based Multus Media. The first attempt for the pilot production has been carried out by Just Inc., Memphis Meats, and Future Meat Technologies in January 2020.9-10
In November 2020, SuperMeat opened a ‘test restaurant’ in Israel, adjacent to its pilot plant. Experts, journalists and a handful of consumers were able to book an appointment to taste their novel food, while observing the production facility through a window. The restaurant was not fully open to the public, because as of June 2021, SuperMeat were still awaiting regulatory approval to start mass production for public consumption, and also due to the COVID-19 pandemic.
On 2 December 2020, the “chicken bites” produced by Eat Just were approved for commercial sale by the Singapore Food Agency. This was widely regarded as a significant milestone for the industry, marking the first time a cultured meat product passed the safety review of a food regulator.
In March 2022, cultured meat producers attempted to gain regulatory approval from European Union supranational institutions before mass goods could be sold to consumers.11
As of 2022, at least 70 companies have been recording working in the field of cultured meat, be it conducting research, making pilot production or entering the market. In 2021, the size of the cultured meat market was estimated at $1.64 million and was estimated to reach $2788.1 million by 2030.
In the simplest terms, cultured meat is obtained by preparing a scaffold (molds designed to reflect and encourage the cells to organize into a larger structure), putting the scaffold in a bioreactor, introducing the population of cells to the bioreactor, culturing the population in the bioreactor containing the scaffold for a certain amount of time, creating the cultured meat product and removing the cultured meat product from the bioreactor.12
Scaffolds are porous 3D structures which serve as a mold or template for tissue formation, a mimicry of the extracellular matrix (ECM) for cells to attach, differentiate and proliferate. The primary purpose of a scaffold is to facilitate the development of necessary fat, muscles, and connective tissue. Properties of the final CM products such as taste or texture, could be processed downstream, such as current techniques used to process real meat products.
The crucial features of an ideal scaffold for CM are very similar to that of tissue engineering scaffold technologies, which are biodegradability, biocompatibility, mechanical properties such as mechanical strength, pore size, scaffold architecture and manufacturing technologies.13
Certain parameters require careful consideration when designing scaffolds for cultured meat. An example of this is when determining the biomaterial used for the scaffold manufacturing, technological feasibility, cell support, sustainability, safety, and commercial viability should all be taken into account.
The chosen biomaterial must provide specific biochemical and mechanical features that should guide cell attachment, proliferation, morphology and other cellular activities to support the cultured cells.
Another crucial point is that the biomaterials chosen for cultured meat scaffolds will contribute to the taste, appearance and nutritional values of the final product, which aims to mimic the properties of animal-derived meat.13-15. The scaffold is affected by the microenvironment created by the chosen biomaterials that support or even direct cells’ differentiation into meat-related cell types such as adipocytes, myocytes or fibroblasts.
The technological feasibility and ability to be processed are also key for CM. The process should be compatible between a certain biomaterial to the desired manufacturing technology.
Scientists have been employing methods such as 3D bioprinting, stereolithography, solvent-casting, gas foaming, freeze-drying, selective-laser sintering, extrusion, and electrospinning.16 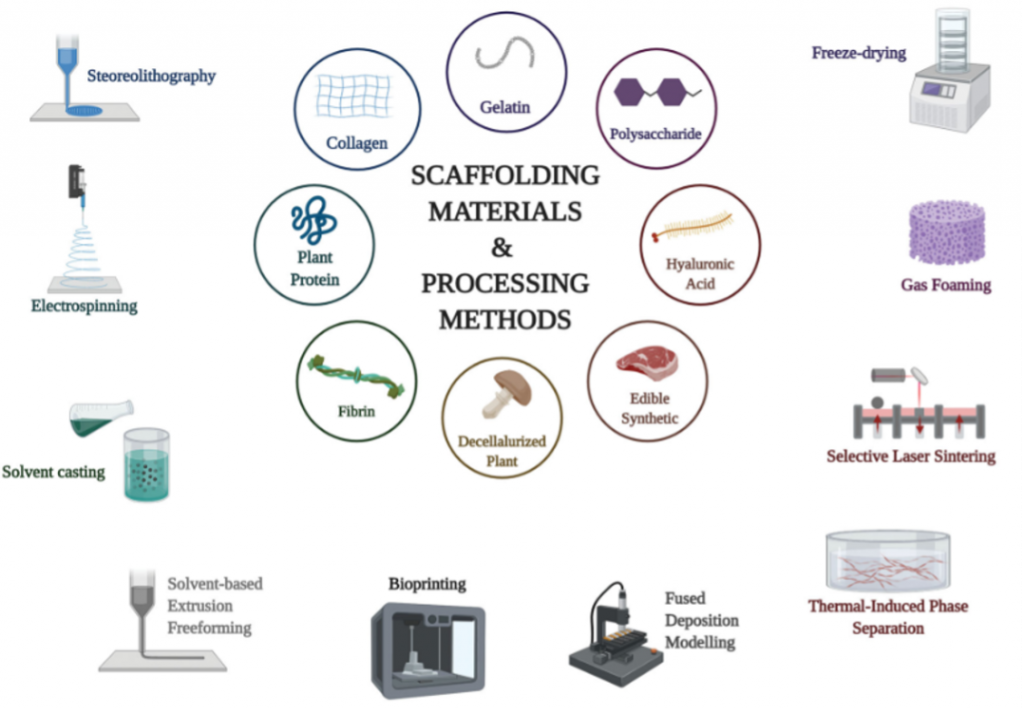 Figure 2. Scaffold preparation techniques in CM.16 Image Credit: Inovenso
Electrospinning is a user-friendly, versatile, tunable, and cost-effective process used in a range of application fields such as nano-devices, textiles, tissue engineering and filtration. Moreover, electrospun products were manufactured using commercial industrial-scale facilities, above all other techniques mentioned above.17
For cell-scaffolding applications, the produced porous nano-fibrous scaffolds by electrospinning can imitate the structure and morphology of ECM and give a large surface area which is a crucial feature for the adhesion and proliferation of cells. The electrospun fibers can be adjusted (i.e their spatial orientation), such that cell-scaffold interactions are provided to control the morphology of the cells grown on the electrospun scaffold. For example, it is possible to align electrospun fibers, inducing the alignment of the cells seeded on them and promoting elongation of muscle cells in addition to myogenesis.18 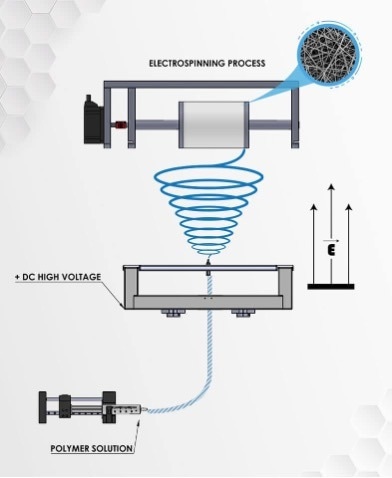 Figure 3. Electrospinning Technique. Image Credit: Inovenso
The electrospinning of various edible materials and biopolymers has already been established for use in cultured meat application, including gelatin, collagen, chitosan, several proteins, cellulose, zein starch, soy isolate, pullulan, and egg albumen.
An added benefit of electrospinning is that hybrid electrospun scaffolds are obtainable from combining two or more materials in a solution-based system. Despite the scalable potential and versatility of this method, however, its application for cultivated meat is still an on-going research topic.19
The potential to significantly reduce animal suffering without falling short of all the nutritional and hedonic requirements of meat eaters is one point in favor of CM.
In the case of environmental conditions such as nutrients and energy, artificial meat production could reduce 82%-96% of water usage, 78%-96% greenhouse gas emissions, as well as 99% land use in comparison to traditional meat production.
The chances of food borne diseases should also be lower in an in vitro meat production system due to the strict quality control rules and extensive monitoring systems – detailed manufacturing practices which are impossible to introduce in modern animal farms, slaughterhouses, or meat packing plants, can be implemented in CM production.
CM can also be a time-saving process, taking significantly less time to grow the meat in vitro compared to the weeks or years it takes for chickens, pigs and cows to grow before meat can be harvested. Aside from these, bioreactors for artificial meat production might not require extra space and they could be stacked up in a fabric hall or facility, hence the nutritional costs for cultured meat is expected to be lower than conventional meat.
In the future, the long-term space missions such as a flight to Mars or settlement on the moon will likely require some in situ food production within a settlement or spacecraft to reduce liftoff weight and the associated expenses. Moreover, cultured meat is likely to liberate itself of religious associations, such as Halal and Kosher, making it a universal product with a the whole spectrum of consumers as the target audience.
Finally, cultured meat might be a preferred alternative because, unlike other products, it is animal-derived with a composition most like meat. A small market comprising the vegetarians that do not eat meat for ethical reasons may also be available.20 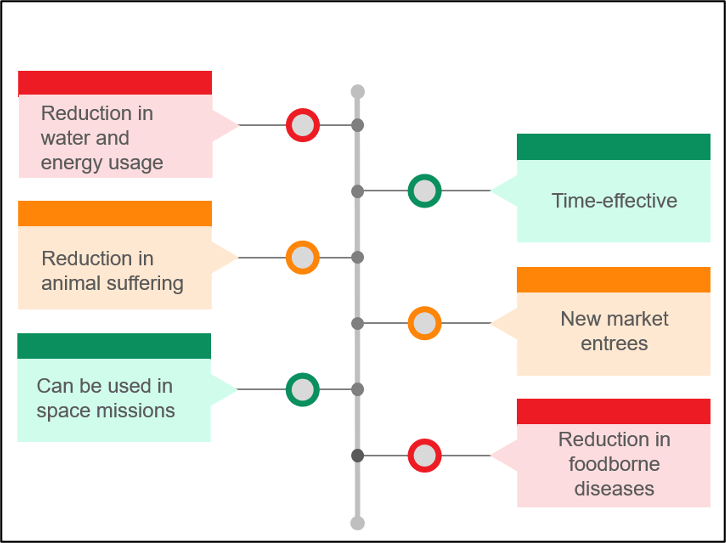 This information has been sourced, reviewed and adapted from materials provided by Inovenso.
For more information on this source, please visit Inovenso.
Please use one of the following formats to cite this article in your essay, paper or report:
APA
Inovenso. (2022, November 08). Using Electrospun Nanofibers to Produce Cultured Meat. AZoNano. Retrieved on November 08, 2022 from https://www.azonano.com/article.aspx?ArticleID=6293.
MLA
Inovenso. "Using Electrospun Nanofibers to Produce Cultured Meat". AZoNano. 08 November 2022. <https://www.azonano.com/article.aspx?ArticleID=6293>.
Chicago
Inovenso. "Using Electrospun Nanofibers to Produce Cultured Meat". AZoNano. https://www.azonano.com/article.aspx?ArticleID=6293. (accessed November 08, 2022).
Harvard
Inovenso. 2022. Using Electrospun Nanofibers to Produce Cultured Meat. AZoNano, viewed 08 November 2022, https://www.azonano.com/article.aspx?ArticleID=6293.
Do you have a question you’d like to ask regarding this article?
Cancel reply to comment
Professor Andre Nel
In this interview, AZoNano speaks with Professor Andre Nel about his involvement in innovative research describing the development of a 'glass bubble' nanocarrier that could help drug formulations access pancreatic cancer cells.
Jingang Li, Ph.D.
In this interview, AZoNano speaks with Jingang Li from the University of California, Berkley, who offers an introduction to the Nobel Prize-winning technology, Optical Tweezers.
Steve Kosier, Ph.D.
In this interview, we speak with SkyWater Technology about the current state of the semiconductor industry, how nanotechnology has helped to shape this sector, and their new partnership which aims to increase the accessibility of semiconductor chips for start-ups and research groups across the Unite
NMR spectroscopy is a characterization technique that is extensively used by chemical researchers.
Inoveno’s PE-550 is a best-selling electrospinning/spraying machine that can be used for the continuous production of nanofibers.
The Filmetrics R54 advanced sheet resistance mapping tool for semiconductor and compound semiconductor wafers.
AZoNano.com – An AZoNetwork Site
Owned and operated by AZoNetwork, © 2000-2022