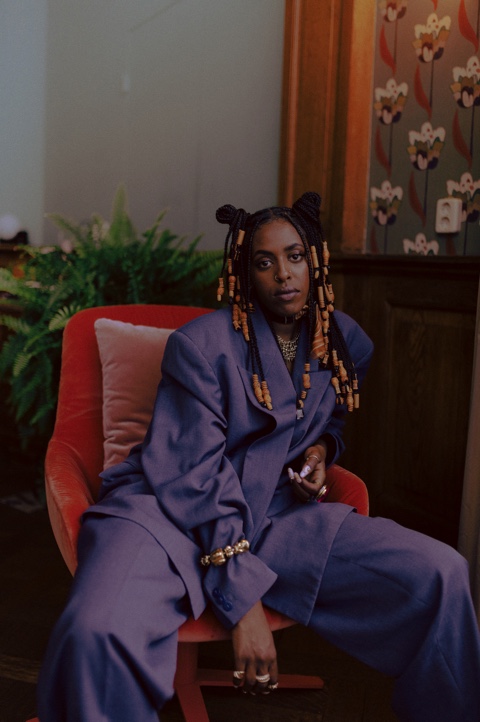 Co-produced by West Coast hitmaker Hollywood Cole (Queen Naija, Latto, Lil Wayne) alongside Overture collaborator and Antwerp-based producer/composer/pianist Lorenzo Kobina, “Figures” marks Gaidaa’s first release of 2022 and features her immaculately smooth, soulful vocals that stretch from laidback verses into a falsetto-driven infectious hook illuminating the scope of her scorching signature style.
“‘Figures’ is about the way we as a society can get lost in the sauce of the cyclical and mundane nature of our day to day lives,” shares Gaidaa on the inspiration behind her first release of 2022. “It’s a reminder that though we are individuals trying to forge our own path, we will always exist as part of something greater and more meaningful (though we may not always realize it). ‘Figures’ is about the realization that even through the harsh static of it all, there is a fluidity and interconnectedness that’s innate in us.”
The last two years have proven that 23-year-old independent R&B/Soul singer-songwriter Gaidaa is at the forefront of a new generation of artists accessing soul in its purest form through organic R&B punctuated by acoustic instrumentation and lyrics laced with raw vulnerability.
Growing up between The Netherlands and Sudan, a 2017 cover of Kehlani shared online caught the attention of fellow Dutch producer and artist Full Crate and together they crafted “A Storm On A Summer’s Day,” which has since amassed over 22 million streams to date on Spotify alone. Balancing schooling with her recently launched music career, Gaidaa dove headfirst into writing, recording, and touring performing backups for the likes of Masego. In 2019, COLORS invited her to record “Morning Blue” at their studio in support of their #BlueForSudan campaign. The riveting performance racked up nearly 1 million YouTube views putting Gaidaa on the map and was followed by the release of fellow Overture standout “I Like Trouble.”
The Orchard
Did you like this article? Share it with your friends!
Articles direct from T.U.M.S. – Copyright (C) The Jordan Music Group, 2007-2022 | All Rights Reserved. All Press Releases under Copyright from their respective parties. Music Streams are used by permission by Owner/Management of said Record Label(s).