Dutch police said six people were killed and seven other people hurt after a truck ran off the top of a dyke road and ploughed into revellers at a neighbourhood barbecue.
The accident happened around 6pm local time yesterday evening when the Spanish-registered lorry left the road in the village of Nieuw-Beijerland, 30km south of Rotterdam.
The victims were three women aged 28, 32 and 75, and three men aged 41, 50 and 62, all from the local area, police said. One of the injured was in a critical condition in hospital.
Police had first confirmed at least two dead after the vehicle drove into the crowded community barbecue, which Dutch news reports said was being hosted by an ice-skating club.
“We now have six people killed and seven injured, one seriously, after yesterday’s accident,” said police spokeswoman Mirjam Boers.
“We are still investigating what exactly happened,” she said. 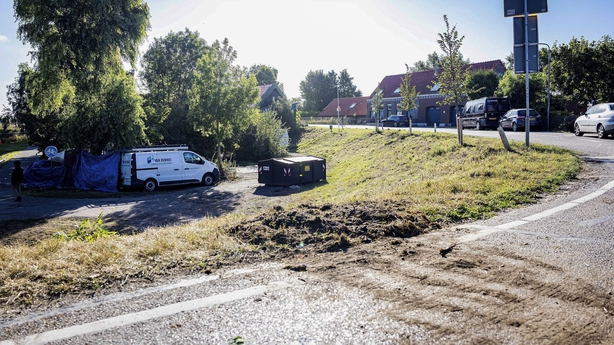 Photographs from the scene identified the truck as belonging to the El Mosca company, which is based in Spain.
Ms Boers confirmed the 46-year-old driver from Spain had been arrested “and was not under the influence of alcohol” at the time of the accident.
“He was arrested for causing a fatal accident and serious bodily injury. His role in the incident is under investigation. For the time being, we are keeping all scenarios about the facts open,” police said in a statement.

‘Unimaginable sadness’
Dutch King Willem-Alexander and Queen Maxima said they were “shocked” by the tragedy.
“We are shocked and moved by the terrible accident in Nieuw-Beijerland last night in which so many people were killed. An unimaginable sadness within this close-knit community,” the king and queen said in an official message.
“The families affected are in our thoughts and we wish the injured strength on their way to the best possible recovery.”
Dutch Prime Minister Mark Rutte also sent his condolences.
“Terrible news … my thoughts are with the victims and relatives of this terrible drama. I wish them a lot of strength,” Mr Rutte said on Twitter. 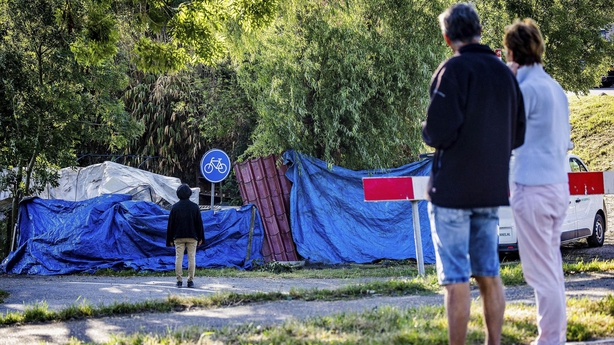 Quoting witnesses, the Rijnmond regional broadcaster said the truck stopped for a moment at a T-junction on the narrow Zuidzijdsedijk dyke, before taking off and ploughing into the revellers.
Three of the victims, a mother, son and daughter-in-law who was eight months’ pregnant, came from the same family, the broadcaster reported, quoting a local church announcement.
The incident has shaken the tight-knit community of the Nieuw-Beijerland region with police calling for more witnesses to help with the investigation.
“Due to the neighbourhood barbecue, many people were present during the incident,” police said.
Photographs from the scene showed several chairs scattered in the wake of the lorry.
Accreditation: AFP

© RTÉ 2022. RTÉ.ie is the website of Raidió Teilifís Éireann, Ireland’s National Public Service Media. RTÉ is not responsible for the content of external internet sites.
Images Courtesy of Getty Images.