The Most Valuable Spices in Trade History
The world’s most valuable spices are cultivated on islands of the Indian Ocean and Madagascar. They are grown on massive plantations, and are relatively cheap. A kilogram of cardamom can fetch up to 60 Euros. That makes them the third most valuable spice in the world. Cloves, mace, cumin and nutmeg are more expensive. However, their health benefits are worth the price.
The spice trade has an interesting history. The Romans, who traveled between India and Egypt, were the first to trade these spices. They sailed through the Indian Ocean, which was a valuable source for spices. But only the rich could afford them.
Spices also served as currency in some instances. The Romans referred to pepper as black gold. Alaric the Goth once demanded a princely ransom of 3000 pounds of pepper, in addition to the usual gold, land etc.,when a Roman fleet was besieged in 410CE.
The spice trade reshaped the world’s economy and landscape, changed the diets of Europeans, and defined wealth and power. The impact of the trade expanded beyond borders and led to the colonization of the New World. The spice trade even led Christopher Columbus to seek out new sea routes that changed the world’s economic and social history permanently.
The peak of spice trade and value
Black pepper makes up about 20% of the global spice trade. It comes from the pepper plant (Piperaceae) and is used worldwide for cooking. These days, pepper costs around $5 per kilogram, but this can fluctuate depending on supply.
The Dutch East India Company brought spices to Europe in 1602.  The Dutch East India Company (also known as the VOC) and the British East India Company began establishing trading bases in India and sone Indonesian islands, orchestrating lucrative trade. The companies partnered with local producers and artisans through middlemen. They were a new type of business in their time – organized as joint-stock companies, with the ownership of individual voyages distributed among shareholders. This helped spread the risk of individual voyages across the company. At its peak, the VOC was the most powerful company in the world, and enormously wealthy. It was worth around a trillion dollars in today’s money. It also left a devastating colonial legacy in the East Indies, or modern-day Indonesia, not unlike the EIC in India. During the 17th and 18th centuries, the EIC, too, expanded to become a leading financial institution in London.
After the colonialization of India, the EIC’s monopoly control of 100 % was broken down. As England became more influential, the EIC became subject to heightened scrutiny. In the course of colonial expansion, free market agitators grew more powerful in England. Officers were assigned to report market information to the EIC’s directorate, and the officers worked closely together, which may have exacerbated matters in the colonies. 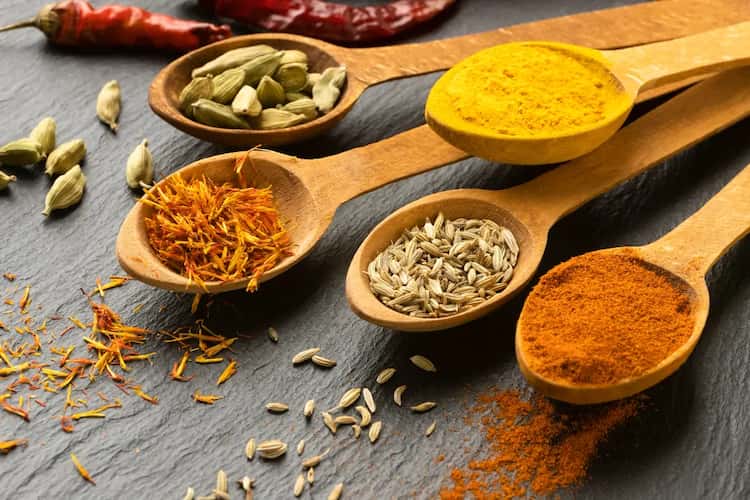 How Spices Changed Food and Cuisine Around the World
The ancient Greeks brought spices from the East to the Mediterranean, where they were traded and became very valuable. The Romans, on the other hand, were the first to use spices in the kitchen. They favored cloves, coriander, and cinnamon for flavoring foods, and even used them as food preservatives!
The Dutch, Portuguese, and Arab empires pursued domination of the spice trade, which affected the distribution of different types of food. When they were conquered by the Ottomans, they destroyed the equilibrium between Venetian and Arab traders. Venetian traders controlled the hub of the spice trade between Europe and the east, but Venice was a point of division in the Mediterranean. It made them particularly vulnerable to attack by Ottoman Turks. The development of new spice routes led to long voyages in search of spices, including Ferdinand Magellan’s circumnavigation of the globe.
Whatever conflicts and depredations of the past, it all led to the present-day ubiquity of spices around the world. The natural ability of spices to fight bacteria means that they can work wonders on any food you consume. Interestingly, cultures closest to the equator use more spices, while those further away tend to follow a blander diet.
While some studies suggest that spices can lead to adverse health effects, other studies indicate that they are beneficial for the health of humans. Some people dislike spicy food, others find it to be more delicious. The evolution of spices, then, is the result of the evolution of human preferences.
In the year 2022, the global total volume of spices consumed reached 3.5M tonnes. The trend shows some fluctuations, but spice consumption continues to grow steadily. Let’s face it, once you’ve tasted a spice and liked the taste, it’s hard to go without it for long. The fastest-growing application of spices these days is in beverages. Changing lifestyle trends and growing populations are driving growth in the new directions but the human love for spice remains undiminished.
Download the free Slurrp app.
©2022 Slurrp, HT Media Labs. All rights reserved.
Slurrp is a recipe aggregator that helps one find recipes based on one’s diet choices, fitness goals and taste preferences. It provides calorie-counted recipes across cuisines and meals types and caters to all levels of cooking skills — from a beginner to an expert. It also offers a nutrimeter that calculates the precise nutrient intake based on the user’s height and weight to recommend recipes for each meal. Once you’ve shortlisted recipes that you want to prepare, you can also add them to your Meal Plan which pins your recipes on the calendar so you can plan your meals in advance.