MetroHealth’s new main campus hospital in Cleveland, the Glick Center, is full of art. Designed to be a reflection of the diverse community it serves, each of the building’s 11 floors feature artwork at every turn, created mostly by local artists.
Linda Jackson, director of the Center for Arts in Health at MetroHealth, has been planning the visual arts in the Glick Center for nearly seven years.
“When all is said and done, there will be over 900 pieces of artwork,” Jackson said. “About 600 of those are unique artworks. Of those 600-plus, 70% of the artwork is by local artists.” 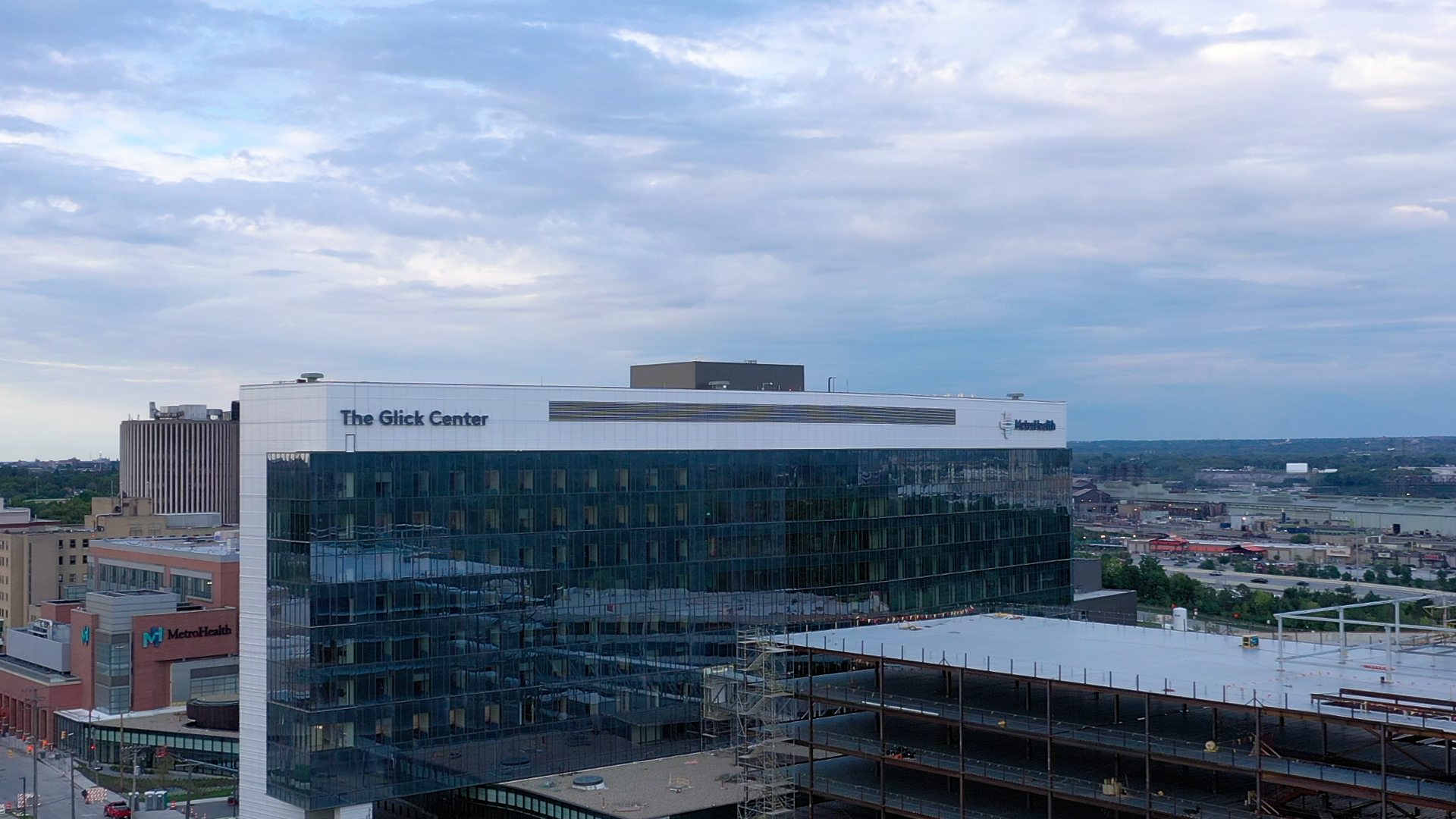 MetroHealth’s new state-of-the-art main campus hospital, the Glick Center, is located in Cleveland’s Clark-Fulton neighborhood and is set to open to patients in early November 2022. [MetroHealth]
MetroHealth partnered with Cleveland-based LAND Studio, a public art nonprofit, to bring in local artists to create new works for the Glick Center.
“Working with MetroHealth has been really interesting to understand, ‘what is the personality of the hospital that makes it what it is?’” said Erin Guido, project manager for LAND Studio. “But then also, we’re in a health care setting, so we need appropriate artwork that will create healing and hope and calm, but is also joyful.”
A centerpiece in the hospital’s main dining area that reflects that theme of healing is a mural by Cleveland-based artist Lynnea Holland Weiss titled “Embrace.” 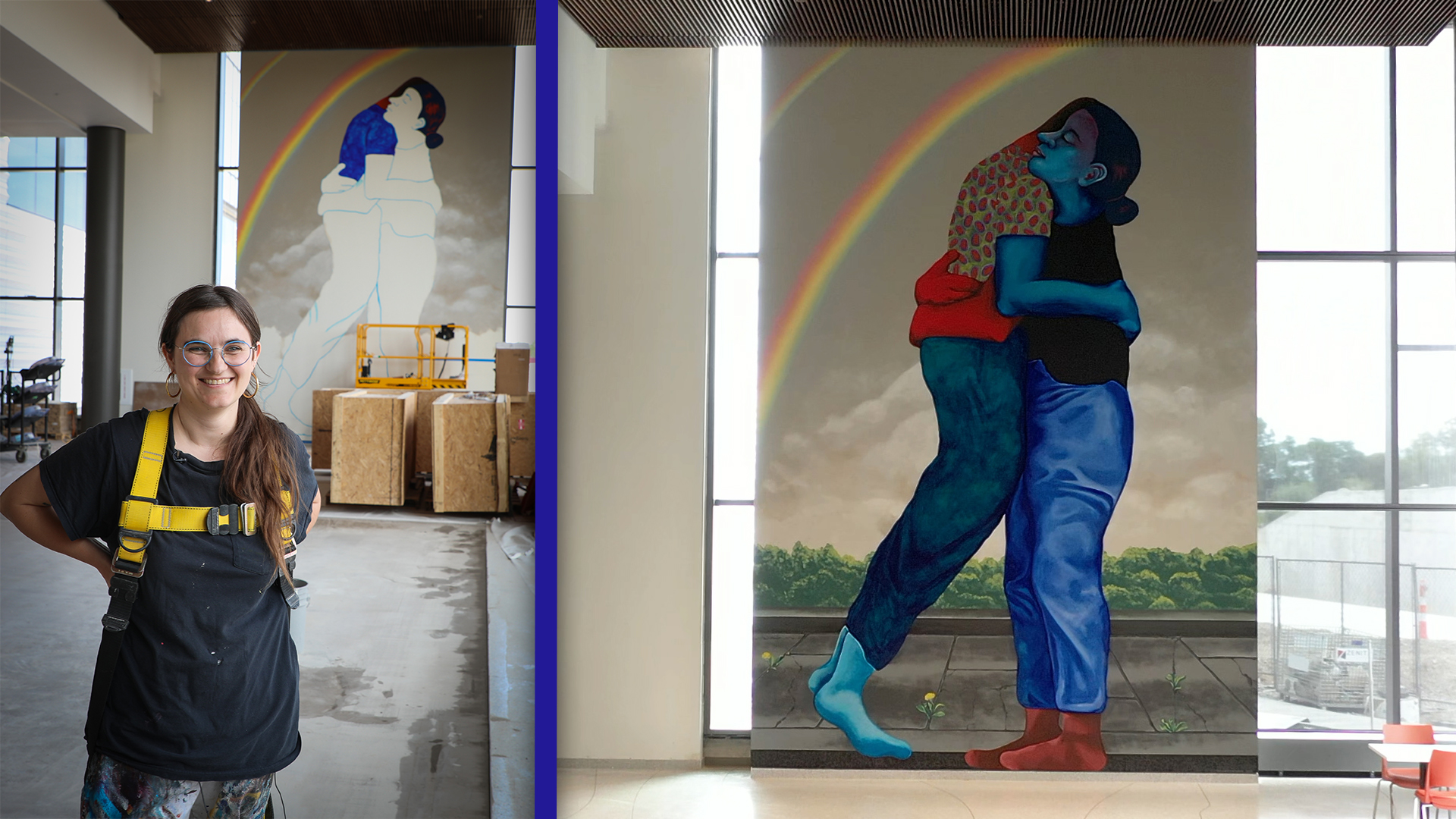 Lynnea Holland Weiss and her mural, “Embrace,” shown in-process (l) and completed (r) in the Glick Center’s main dining area. [Stephanie Jarvis / MetroHealth]
“I feel like the color evokes a lot of emotion and a feeling of empathy with the figures,” Holland Weiss said. “Anybody can kind of become that person.”
On the pediatric floor, a colorful mural by Cleveland artist Derek Brennen was inspired by the beloved Michael J. Bohdan Tree House in MetroHealth’s current hospital. 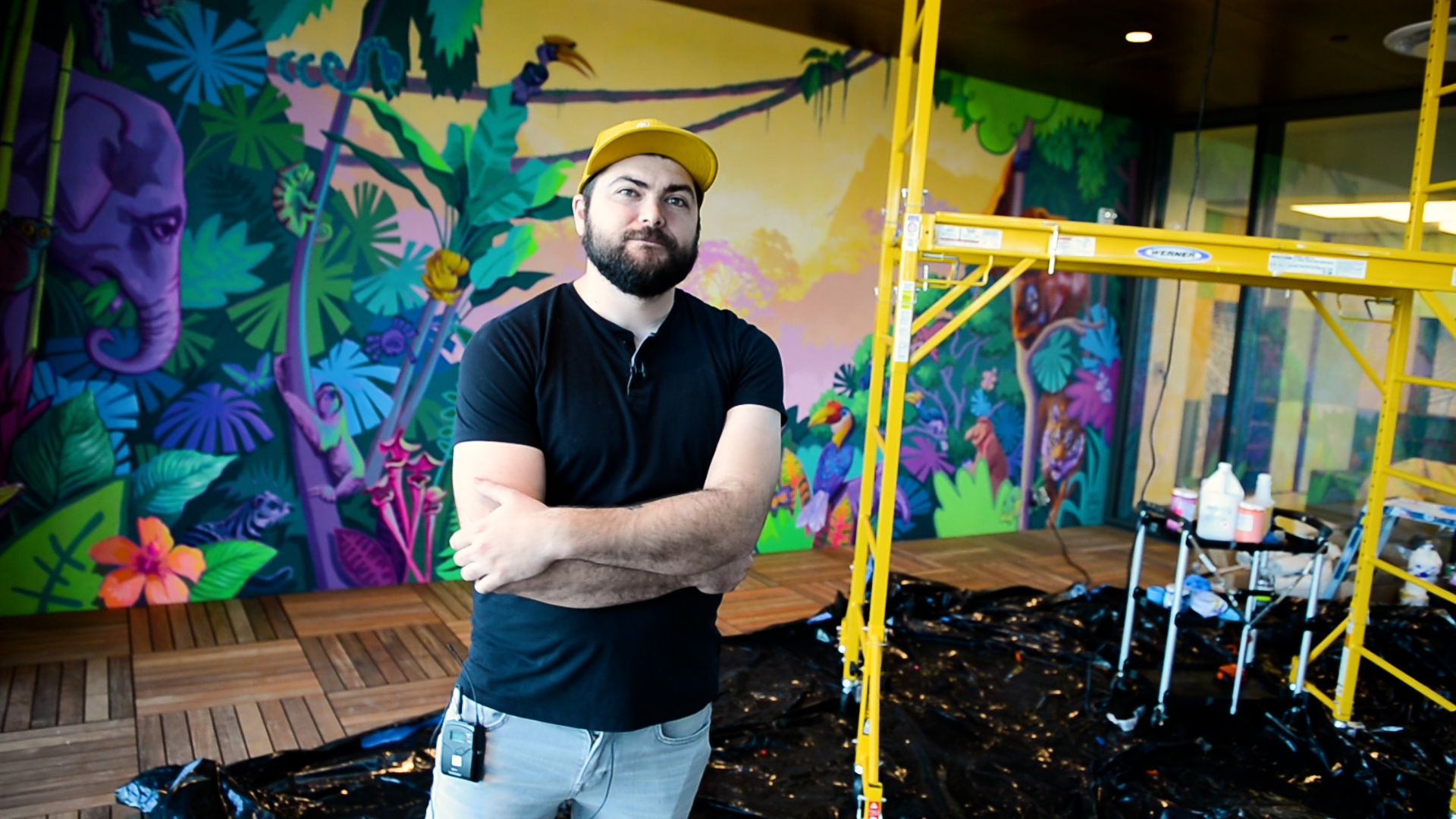 Artist Derek Brennan puts the finishing touches on his mural titled “Through the Canopy,” which is located in the pediatric playroom of the new Glick Center. [Jean-Marie Papoi / Ideastream Public Media]
“When kids come in here, they open the door and are entering a space that is just supposed to be fun,” Brennen said. “It’s supposed to be a place where they don’t have to think about being in a hospital. It’ll be really cool to see how they interact with it.”
Works by local photographers are also prominent throughout the Glick Center, especially in the trauma unit where images of past trauma survivors line the walls to serve as inspiration for current patients.
Upon entering the main lobby, patients and guests are greeted with a digital display of photos by McKinley Wiley titled “Here We Are,” a series that highlights the residents of Cleveland’s Clark-Fulton neighborhood, where MetroHealth’s main campus is located.
“In doing this project, I found out that MetroHealth is one of a few hospitals that actually has an art department dedicated to this,” Wiley said. “And that just blew my mind. I feel like all the hospitals should be doing this because we all know the power of how healing art can be.” 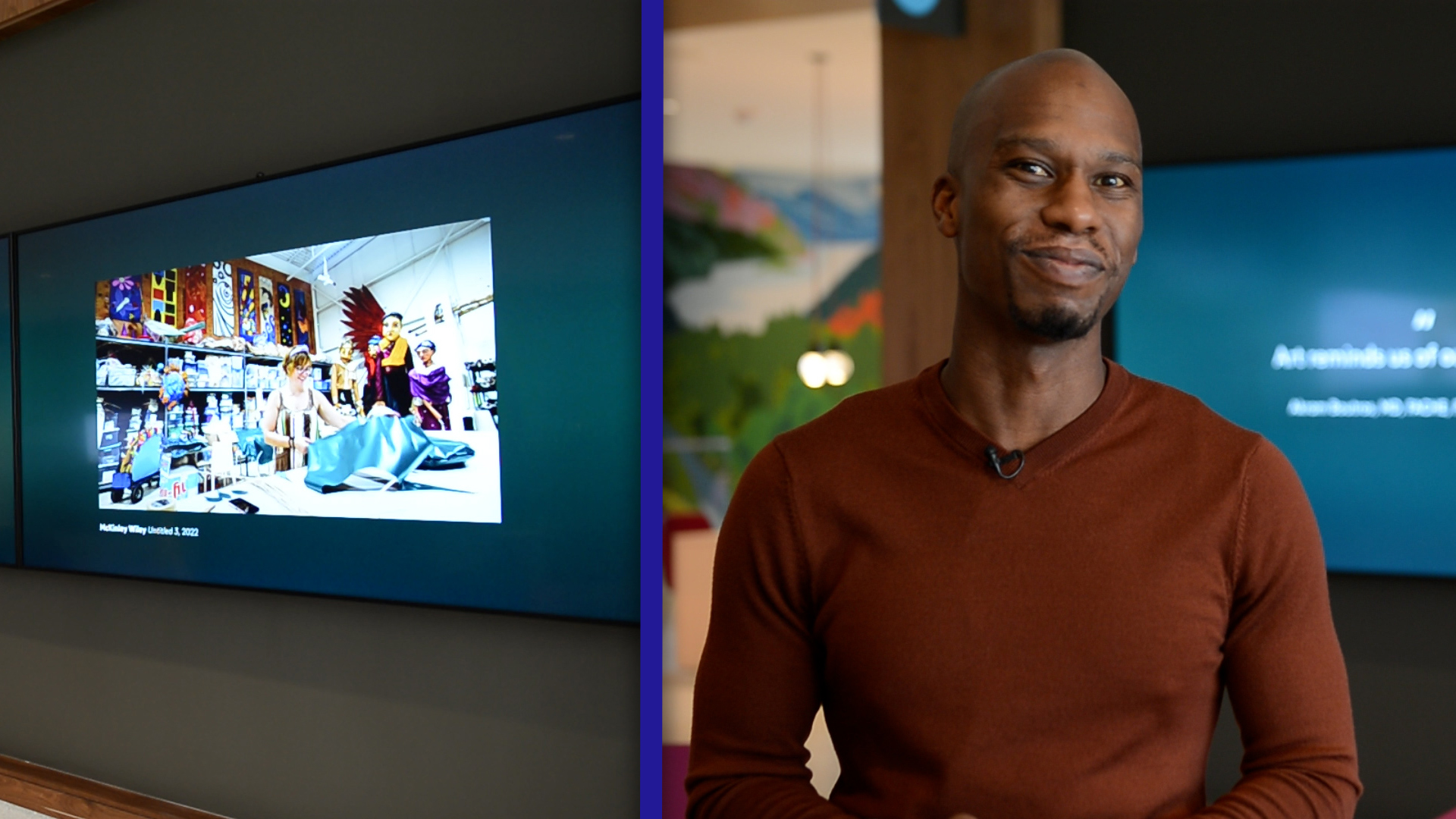